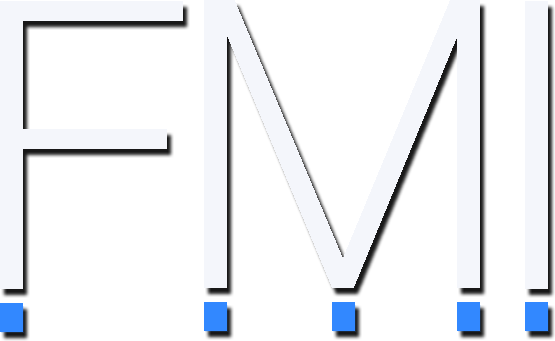 Established in 1993 by filmmaker Katharina Otto-Bernstein, Film Manufacturers Inc. is an independent film and television production company, specializing in the production, presentation and promotion of socially relevant and innovative feature films and documentaries.
‍
Over the last 16 years, FMI has released a number of award-winning, international productions on a wide array of subjects. With the focus on the individual in contemporary society, the works of FMI aim to question, engage and inform. The offices of Film Manufacturers Inc. are located in New York and Munich, Germany. 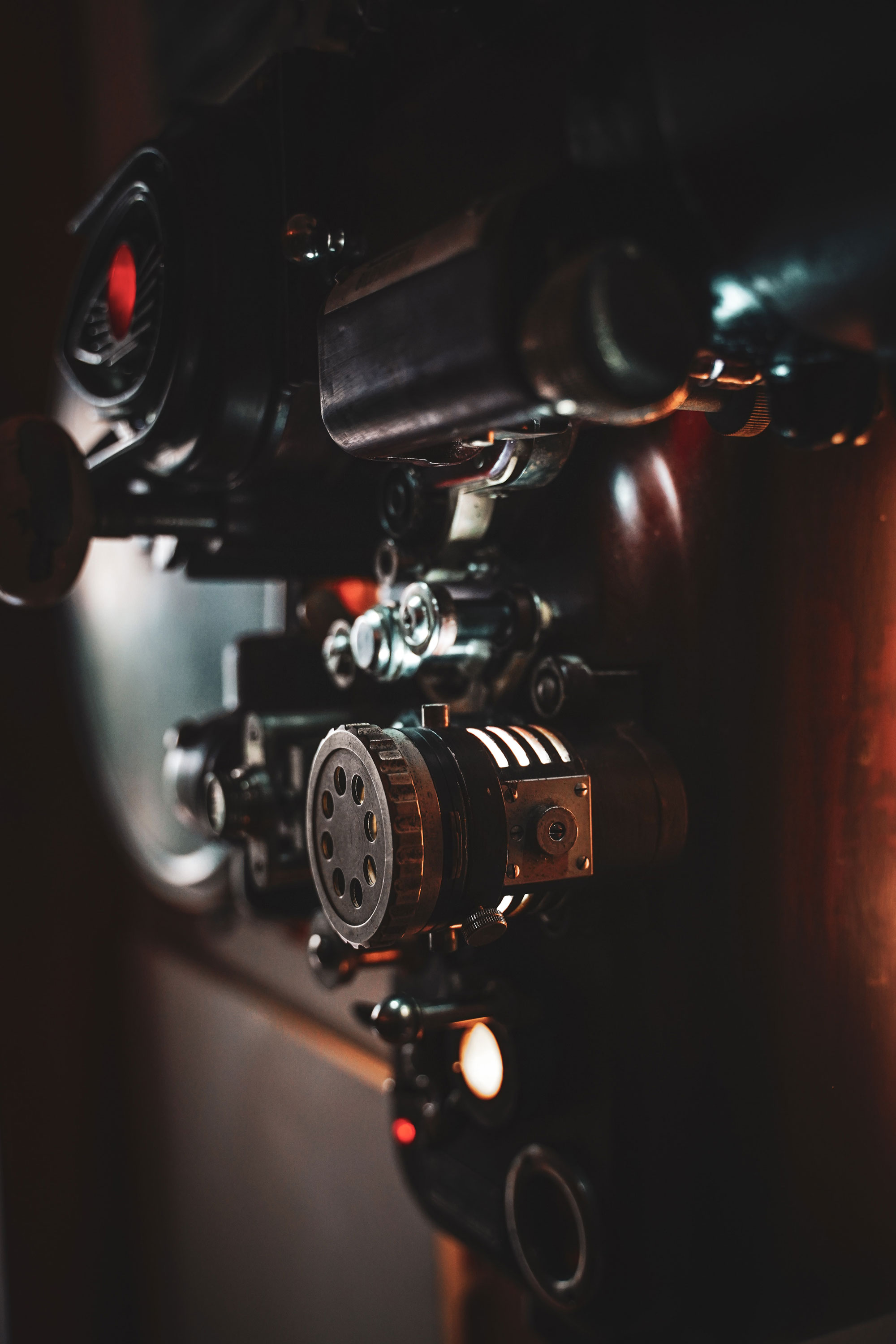 Dedicated to the creation of innovative entertainment 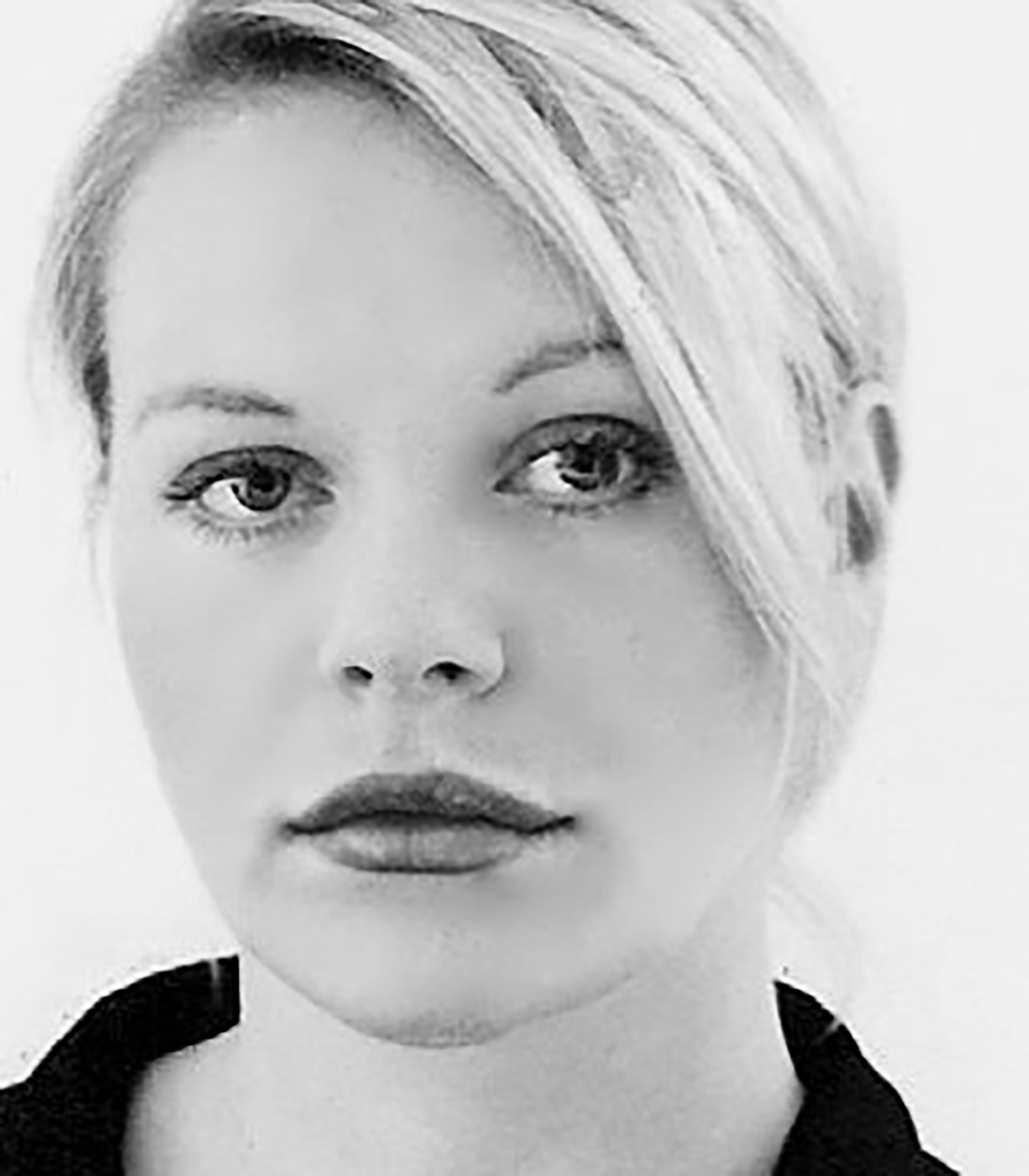 Katharina Otto-Bernstein is a two-time Emmy nominated filmmaker. A principal at the production company FMI, Otto-Bernstein is known for the award-winning HBO documentaries Absolute Wilson, Beautopia, Mapplethorpe: Look at the Pictures, and The Price of Everything. Other non-fiction works include The Need for Speed (BBC, Discovery), Coming Home (ZDF), When Night Falls Over Moscow (NDR) and the forthcoming The Dulles Brothers mini-series. Otto-Bernstein directed the narrative television film The Second Greatest Story Ever Told (starring Mira Sorvino and Malcolm McDowell), produced the narrative feature Joyland (winner of two awards at Cannes Film Festival in 2022), Maalsund (starring Ulrich Tukur and Sibel Kekilli, WDR) and co-produced the Amazon Prime series Für Umme. Currently in pre-production are Heisenberg (directed by Uli Edel) and The Galapagos Affair (directed by Marc Rothemund). Otto-Bernstein’s films have been shown at festivals around the world, including Sundance, Cannes, Berlinale, Rotterdam, Sydney, Jerusalem, BFI London, etc. She won the Silver Hugo at the International Film Festival of Chicago and the Art Basel Art Film of the Year Award, and has been nominated for a Critics’ Choice Movie Award, a Cinema Eye Award, a GLAAD Award, and a Grierson Award. Otto-Bernstein has served on the juries of the Haifa Film Festival and the International Emmy Awards. Professional memberships include the Writers Guild of America, the Academy of Television Arts and Sciences and the International Academy of Television Arts and Sciences. A graduate of Columbia Columbia Film School, Otto-Bernstein is currently the Chair of the Dean’s Council of Columbia School of the Arts. 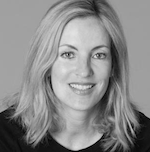 Kathrin Lohmann joined Film Manufacturers GmbH as Managing Director in 2010. In her capacity as chairman and founder of KJ-Entertainment (a talent agency and production company), Lohmann has been associated with Film Manufacturers as an agent, producer, co-producer and writer for the past 18 years. Specializing in script development and packaging talent for film and television, Lohmann has represented most notably Academy Award-nominated director Marc Forster (Monster's Ball, Finding Neverland, The Kite Runner, Quantum of Solace), director Joe Coppoletta ("Walker, Texas Ranger"), director Katharina Otto-Bernstein and award-winning actors like Christine Kaufmann, Christian Oliver (The Good German) and Ken Duken (Inglourious Basterds). International film credits include the Academy Award-winning film The Lives of Others, Meeresleuchten, The Calling, Absolute Wilson and Beautopia. European co-production credits include the mini-series Sophie - Empress Sissi''s Younger Sister and The Siberian Princess; and German domestic credits include television entertainment shows such as Für Umme (Amazon), Comedy Factory (Pro7), Live From the River Cafe (Pro7) and Gottschalks Houseparty. Kathrin Lohmann holds a degree in Screenwriting from NYU and an MA in Communication from the Hamburg University. She began her career as a writer and columnist for Springer and Burda Publishing. After serving as the editor-in-chief for Grund Genug, a real estate magazine, she worked as a television producer for SAT 1, Berlin, before starting her own company. Kathrin Lohmann is a member of the advisory board of Pinakothek der Moderne, Munich. She works and lives in Munich. 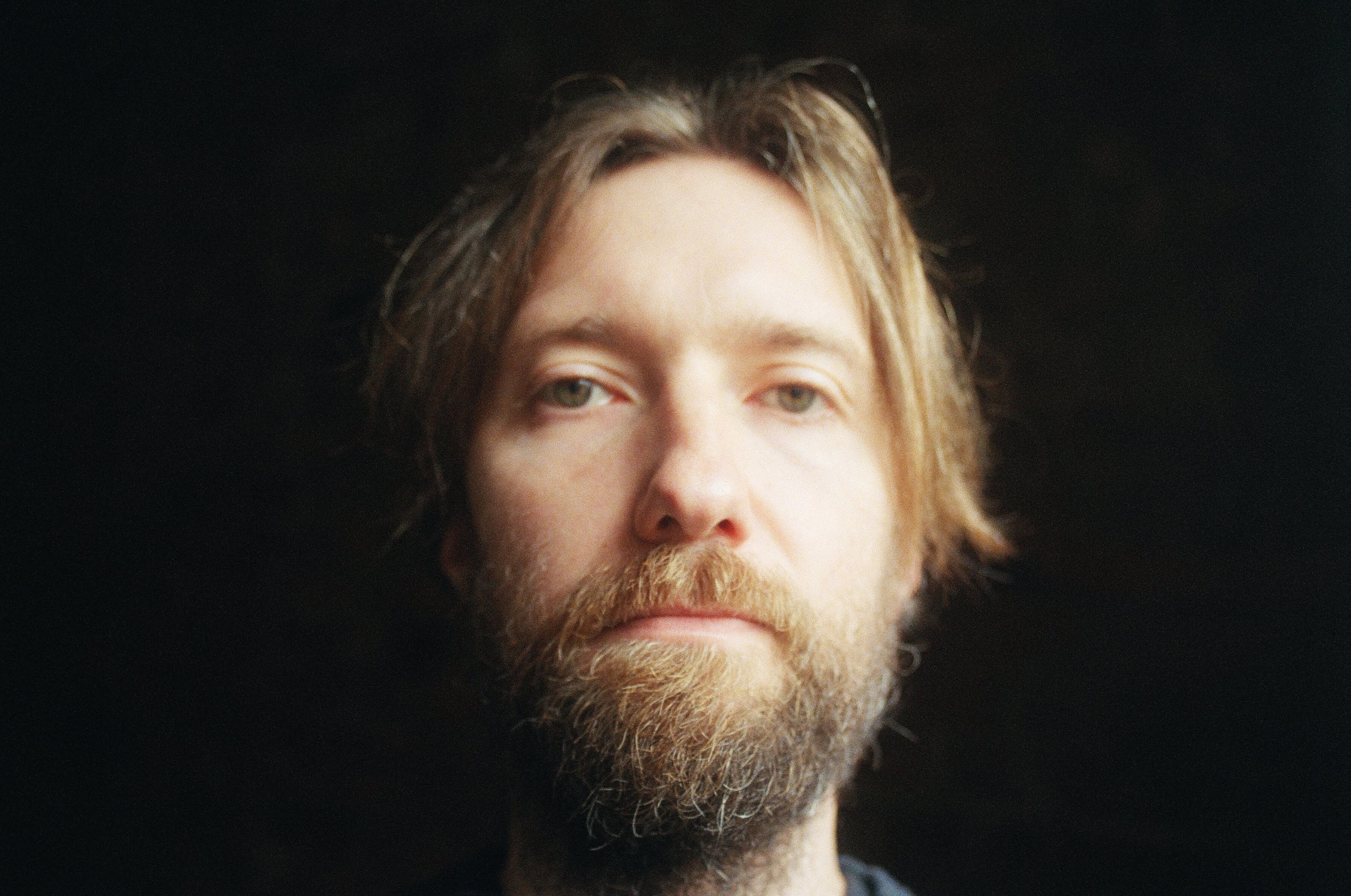 Oleg Dubson is Head of Productions at FMI where he oversees the US-based projects. He is a Producer on A Test of Civilization and an Executive Producer on Joyland. Oleg has directed one narrative feature (Barrel of Love) and three experimental shorts (Self; Images; A Moment Before Falling Asleep), which have been shown at the Berlinale, Sarajevo, Distrital (Mexico City) and Lucca (Italy) film festivals. As an actor, he has appeared in his own films as well as those by directors Marie Losier and Bertrand Mandico, which have screened at the Berlin and Venice Film Festivals. Prior to joining Film Manufacturers Inc., Oleg was the Director of Digital Publicity and Marketing at the distribution company FilmDistrict, oversaw regional publicity for Apparition, and worked in the marketing and publicity department at the New York Film Festival and Film at Lincoln Center. 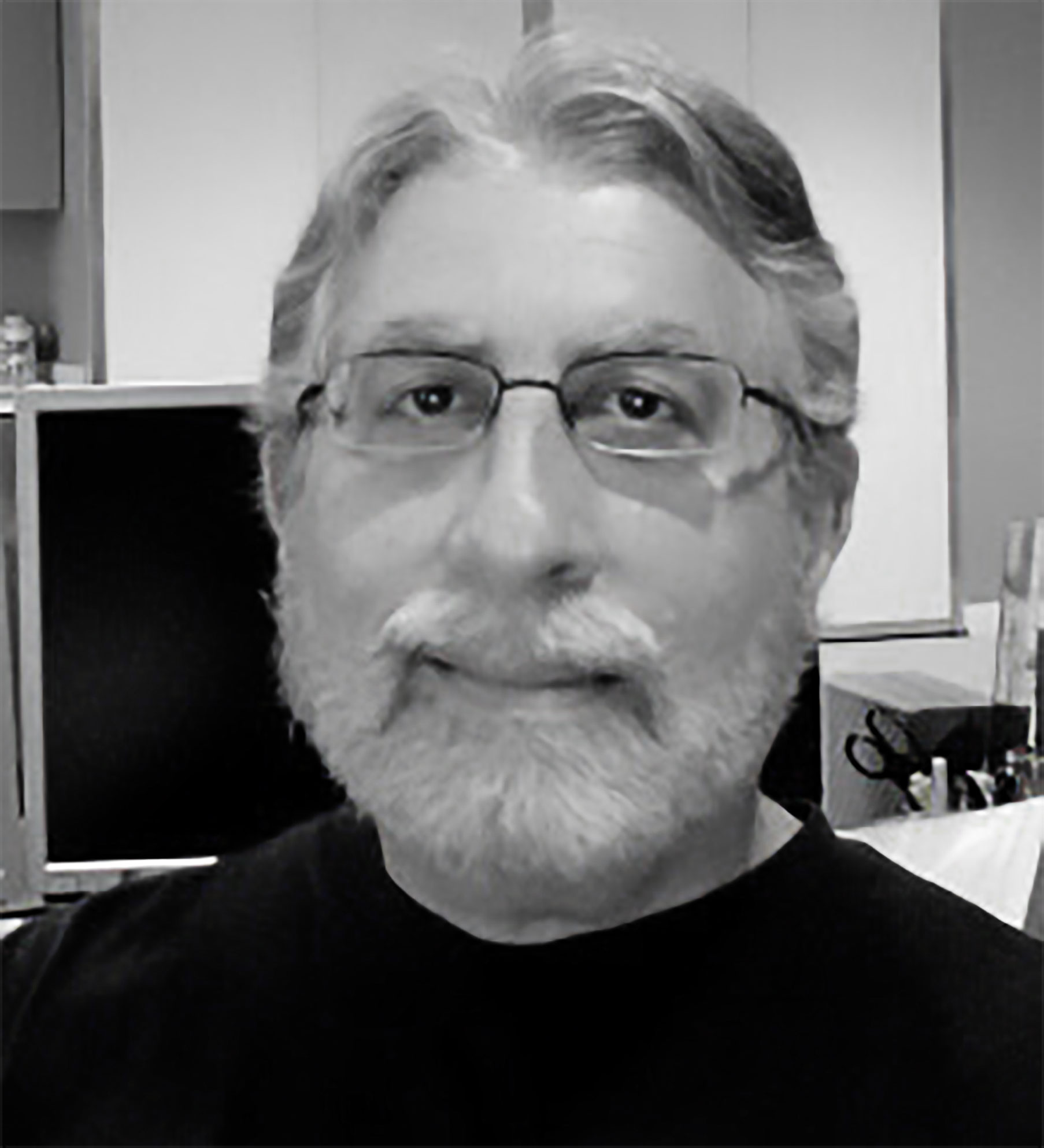 Joseph Ruscitto has been with Film Manufacturers for the past twelve years, where he holds the position of office manager and oversees post-production, archival and distribution. Previously, he was an associate editor and After Effects editor on the award winning FMI production, Absolute Wilson. Originally from Erie, Pennsylvania, Mr. Ruscitto received Bachelor and MFA degrees in Film and Media Arts as well as a Bachelor in Music from Temple University. He was the editor and co-producer on Jonathan's Return, a feature-length documentary by Eran Preis, dealing with a family's struggle with schizophrenia. Mr. Ruscitto worked as the associate and After Effects editor on the award-winning documentary Herb & Dorothy, by director Megumi Sasaki. He was an associate editor and post-production supervisor on Body of War, a film by Phil Donahue, which was awarded the Best Documentary for 2007 by the National Board of Review. As a musician, he has performed internationally and appeared on albums by the musical groups, Spoken Hand and Atzilut. 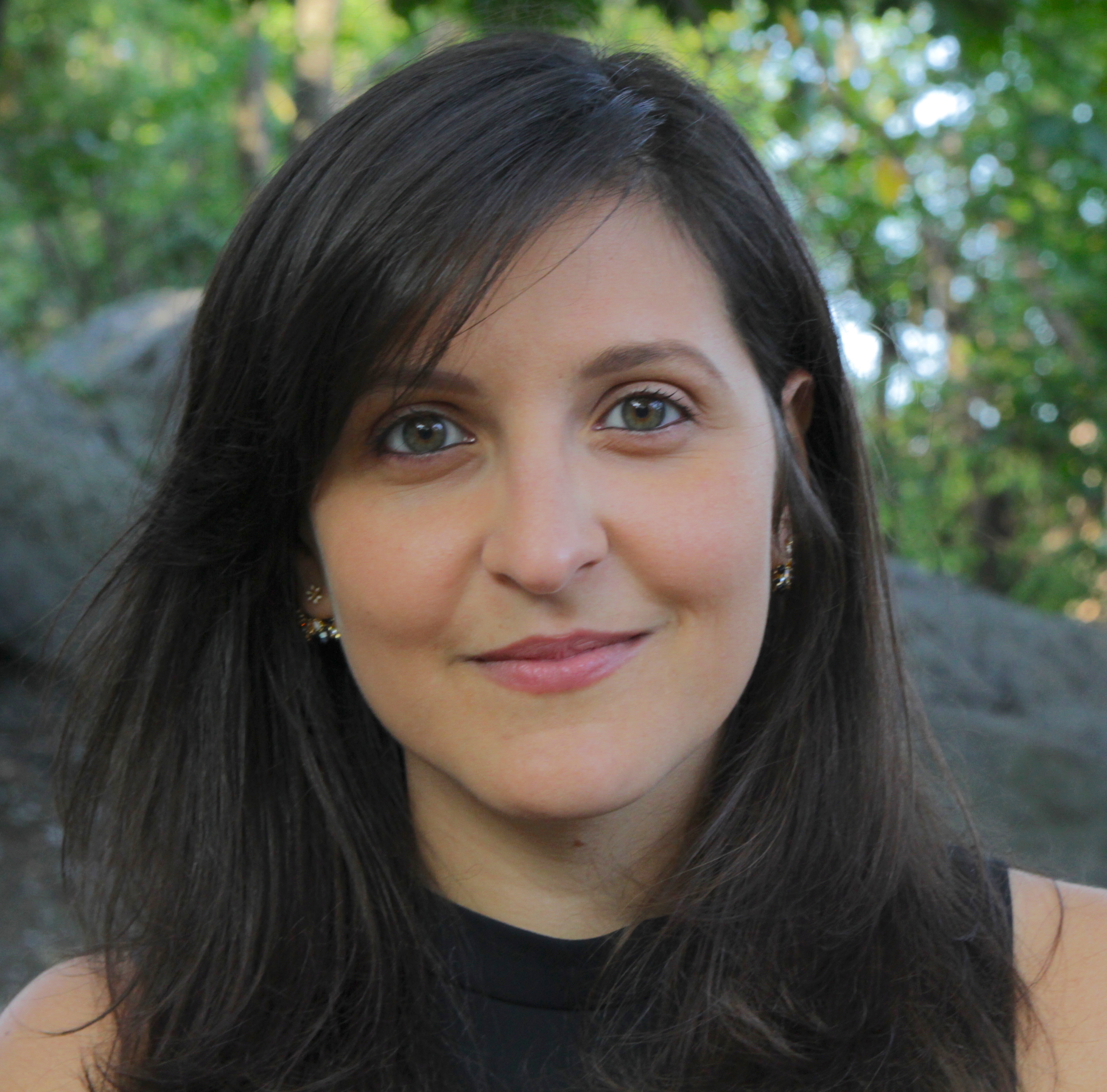 FEDERICA BELLETTI BIO MAY 2022 Federica Belletti (She/Her) is an Italian producer based in New York, whose work spans across Film & TV development and production. She has previously worked at Maven Pictures, Gamechanger Films, CounterNarrative Films, and her credits include “Tape” by Deborah Kampmeier, “Dick Johnson Is Dead” by Kirsten Johnson (Netflix), “Italian Studies” by Adam Leon (Hulu). Belletti produced nine award-winning narrative shorts that played at 100+ festivals worldwide, including the SXSW, the Sydney Film Festival, Hollyshorts, Hamptons Film Festival, Palm Springs Shortfest, Tampere Film Festival, and Montclair Film Festival. Amongst them, “Ayaan” by Alies Sluiter, won an Academy Awards® qualifying prize and “Refuge” by Federico Spiazzi was released by The New Yorker Magazine. Belletti was selected by the Tribeca Film Institute for their 2019 All Access Program, and BAFTAs for their 2020 Newcomers program. She holds a BA in Communication Magna Cum Laude from IULM University in Milan, and an MFA in Creative Producing from Columbia University School of The Arts, where she was the recipient of the Arthur Krim Memorial Award For Excellence in Producing. 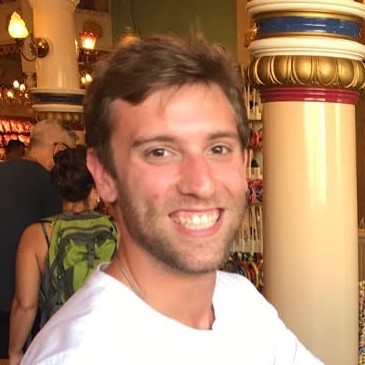 Manager of Development and Production

David Spinnato Pujol is currently a Manager on the Development and Production team at Film Manufacturer’s Inc. He specializes in content development and strategy. David previously worked on the Original Documentary and Nonfiction Series Acquisition teams at Netflix, covering features and series across multiple genres such as The Last Dance, Cheer, My Octopus Teacher, Heist, Neymar: The Perfect Chaos, Well/UnWell and KIller Inside: The Mind of Aaron Hernandez. Prior to Netflix, he worked at Management 360 as an assistant to Partner, Adam Marshall, primarily in scripted television and features. David began his career interning in development at Marc Platt Productions where he witnessed first hand the development and production of Lala Land, The Girl on the Train, Dear Evan Hansen, and Grease Live!. In his spare time, David also volunteers with the Hamptons Doc Film Festival acting as a liaison for VIPs, an event manager, a film screener, and a sponsorship strategist. David recently joined FMI in 2021, after living in Los Angeles for five years. David was born in NYC and is currently based there. He grew up speaking English and Spanish and studied French extensively. David holds a Bachelor's degree from Boston College. 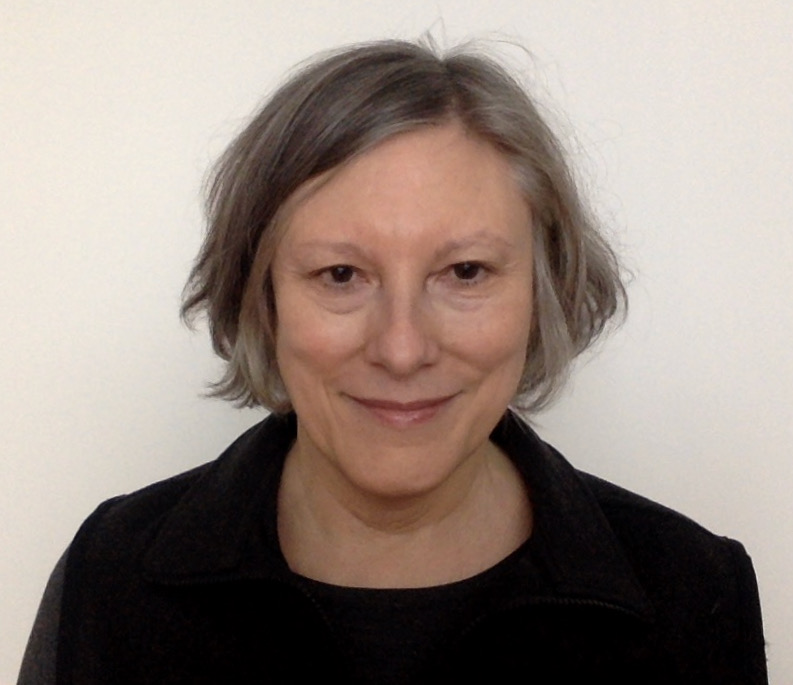 Bernadine Colish is an editor of a number of award-winning documentaries. Herb & Dorothy won the Audience Award at several film festivals in 2008; Body of War premiered at the 2007 Toronto Film Festival, and was also named Best Documentary by the National Board of Review; and A Touch of Greatness aired on PBS and was nominated for Best Documentary Emmy in 2006. Recent projects include: Truman & Tennessee, which premiered at the 2020 Telluride Film Festival; A Secret Love was selected for the 2020 SXSW Film Festival and nominated for the Critics' Choice Documentary Award; Love Cecil premiered at the 2017 Telluride Film Festival and won the Audience Award at the Hamptons International Film Festival. Other editing credits include: Absolute Wilson, Band of Sisters, Beautopia, Bringing Tibet Home, The Buffalo War, Ella Fitzgerald: Something to Live For, Peggy Guggenheim: Art Addict, The Tiger Next Door and A Whale of a Tale. Her work has appeared on HBO, Sundance Channel and the PBS series: Independent Lens, Frontline, American Masters and Nova.